Horizon Health, a small, rural health system with its flagship community hospital in the city of Paris, Illinois, has served Edgar County residents for almost 50 years. In 2014, the nonprofit discovered some abysmal statistics. An independent study named the area one of the unhealthiest places in the state, relegating it to 100 out of the 102 counties in Illinois based on measures including obesity, diabetes, and prevalence of heart disease.

Mary Liz Wright, a nutrition and wellness educator for the University of Illinois Extension and board member at Horizon Health, wasn't all that shocked. “You just need to go to any community event anywhere in the Midwest, and you can see that we have diabetes and obesity issues, and food desert issues," she says.

Moving the dial on those health threats was too large a task for Horizon Health to carry on its own. Making meaningful change to local residents — many of whom were averse to seeking healthcare and had limited resources — depended on activating deep and widespread roots in the community.

A group of local entities — including Horizon Health, the local health department, mental health organizations, educators, and private citizens — gathered soon after Wright sounded the alarm. They decided to join forces and form the Bee Well community wellness coalition to create a “buzz" for healthy living.

“It's my philosophy that if we can teach people to take better care of themselves, whether it be exercise or eating right, we can help them be more productive members of our community," says Wright.

The group set out to raise awareness about health problems and encourage citizens to adopt healthier lifestyles. Among their many efforts are three community gardens, where education is the primary driving force. Local residents come not only for free, fresh produce, but also to learn how to grow their own food. And Wright teaches people how prepare what they've grown by sharing recipes and leading canning and food preservation workshops.

The whole concept resonated with Horizon Health, which is dedicated to population health efforts and recognizes that healthcare is moving into a preventive space. An ongoing local challenge has been contending with the “farmer mentality": Why go to the doctor if I'm not sick?

“They're tough — they do physical labor and get through pain and just make it work," says Erin Frank, marketing manager at Horizon Health. “A large percentage of our population isn't seeking care until they're very ill. Bee Well helps us to address that."

Bee Well works with school-age children to help them develop healthy habits and make sure the next generation is healthier than the current one. A six-week Fun Run program at a local park encourages kids to participate in a series of dashes, plus half-mile and one-mile runs. A “Dashing with the Doc" program conditions kids to run a three-mile race.

Nutrition-led educational programs, with Horizon Health sponsorship, encourage locals to do realistic things to improve their health. For example, choosing a corn dog at the 4-H fair instead of deep-fried tenderloin — and then taking a few laps around the fairgrounds.

So far, outcomes are anecdotal, as there hasn't been another sizable report about the county's health. But signs are encouraging.

“We're raising awareness," says Wright. Just one example: “We have a retired gentleman who was looking for a second career. He developed a commercial garden business. When asked by the local paper, 'Why, and why now?' He replied: 'Well, with this Bee Well, everybody's buzzing about good health.'"

Bee Well's Facebook page has more than 500 followers. Building on the popularity of the Fun Runs, the group just launched a new Learn to Run program, which drew 31 people.

The project has also positioned Horizon Health as a solid community partner. “Whatever we ask for, Horizon Health steps in and does it," says Wright. “If the group needs help with a grant application, their marketing department steps in. If we need someone to represent Bee Well at a festival or event, they'll send a representative. That's the beauty of a small community."

Frank sees brand recognition as one of the biggest signs of success from Horizon Health's perspective. “The fact that people know what Bee Well is, ask Horizon to be present at relevant events, such as festivals and health fairs, and share ideas that may be good for Horizon to take on, means that they know we exist and understand the mission we're working toward."

Erin Graham is a frequent contributor to athenahealth's Knowledge Hub. 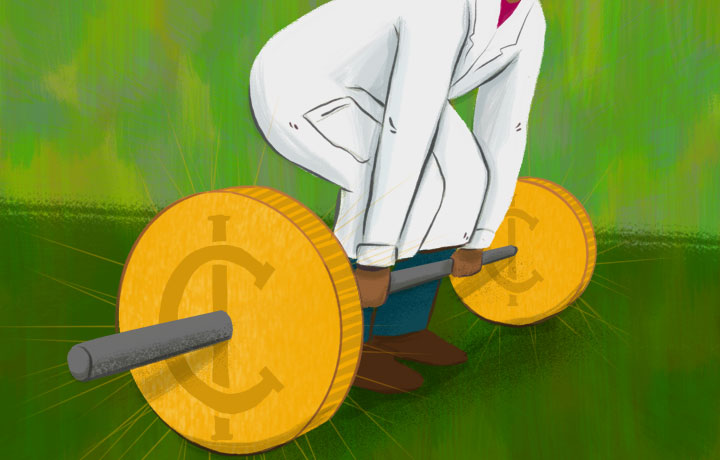