Community hospitals: This is your moment

Eighty-three rural hospitals across the U.S. have closed since 2010. And according to the National Rural Health Association, over 670 more critical access hospitals are in danger of closing, squeezed by declining reimbursements, patient debt, and competition.

“I don't settle for the notion that rural hospitals are dying off," says Trampas Hutches, CEO of Melissa Memorial Hospital in tiny Holyoke, Colorado, population 2,300. “We can make this work."

At the center of their communities socially and economically, rural hospitals have a long history of caring for patients from cradle to grave, in their homes, schools, and work places. They address social determinants from hunger to housing, and build relationships that support health for individuals and populations.

“We're where community members look for answers," says Joshua Gilmore, CEO of Iron County Medical Center in Pilot Knob, Missouri, “and not just for their healthcare."

And as healthcare catches up to where community hospitals have always been, rural hospitals are embracing their legacy of patient-centered care – not only keeping their doors open, but expanding facilities and services.

“As rural hospitals," says Hutches, “we have an opportunity to be everything and anything for which a community has need."

When Gilmore accepted the CEO position at Iron County in 2016, he knew the hospital had been struggling financially, but not to what extent until he opened the books. “I like a good challenge and have a strong healthcare finance background, so I just jumped right in."

A lack of operating reserves, crushing bad debt as patients faced unmanageable deductibles, and inaccurate cost reports that resulted in $2.6 million owed to Medicare put Iron County on the brink of bankruptcy. It was “a perfect storm," says Gilmore, “and not sustainable." 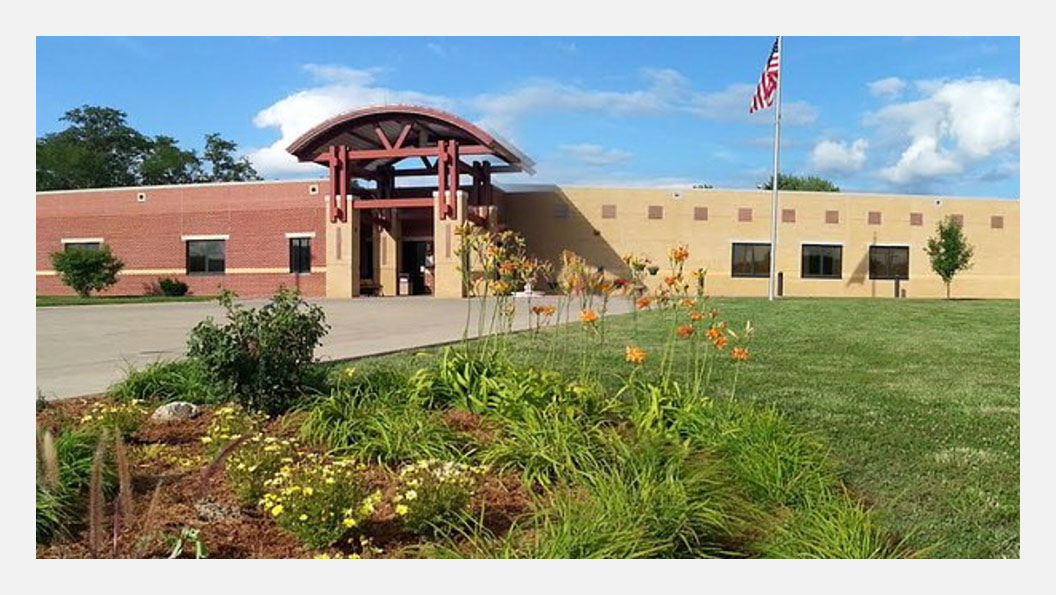 So, the new CEO took the first step to save a rural hospital: Transparency.

In more than 20 town hall meetings held in community centers, gyms, restaurants, and the local library, he laid out the hard facts for patients and employees in a “shock-and-awe campaign." Its back against the wall, the hospital needed to choose between paying bonds or making payroll. “That is a hard reality for a community to absorb when they think everything is going fine."

But the conversation had begun, and the understanding grew that “no one is coming to rescue the hospital, it is up to the community." The community took a vote and passed a half-cent sales tax to help dig out the hospital. Iron County took cover in bankruptcy “not to shut down," says Gilmore, “but to finish the work we started and have a foundation we can build on and become the facility they all want to use." And Gilmore switched from vendor-supplied ER physicians to direct hires, taking out the middleman and saving roughly $200,000 a year.

With a five-year strategic plan to land on Becker's Hospital Review's list of top 100 critical access hospitals in the nation, Gilmore, his staff and board are laser-focused on delivering value-based care, rebuilding the revenue cycle, and renegotiating contracts with payers. “We continually drive toward best practices," he says, “whether result times from our lab, door-to-doc time, quality and quantity of films from radiology, or outcomes from the ED and the patient experience there."

Despite a negative 4.8 to 5 percent margin projected for the end of the fiscal year, Gilmore is upbeat. “What we believe is going to happen … is that within six months we will get into and overall remain in the black. And what that looks like as a margin at this point, based on all the information that we have at hand, is somewhere between a 3.5 and a 5 percent net margin."

In Hardin, Montana, grit is at work saving another small hospital. Kristi Gatrell led the radiology department at Big Horn County Memorial Hospital until 2014, when the CEO of Big Horn Hospital Association (BHHA), which includes the hospital as well as rehab and long-term care facilities, asked her to step in while he took a medical leave. Then he passed away. 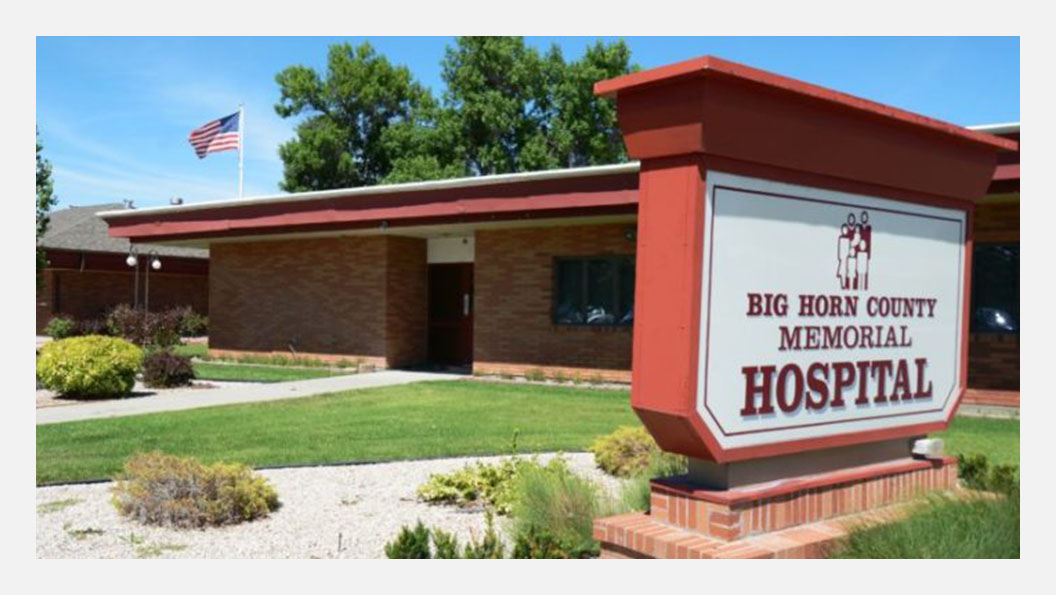 “When I walked into his office," she says, “it was an oh-my-God moment." Stacks of unaddressed work greeted her – everything from a potential violation of the Emergency Medical Treatment and Labor Act to the possible loss of the hospital's Medicare funding. “It was super scary," says Gatrell. “But I had an awesome team. Everybody was with me and said, 'We're here and we're going to do it and we're going to get this right.' And we've had two surveys since with no deficiencies. I would put this team up against anyone, they're amazing."

When Montana expanded Medicaid, patient numbers increased by 22 percent from 2016 to 2017 across the state, and many of those new patients flowed into BHHA from the nearby Crow and Northern Cheyenne Indian Reservations. The Indian Health Service does not offer CT or MRI services, so those patients are directed to BHHA's emergency department to be checked in for imaging services, further increasing patient numbers.

Today, BHHA is on solid ground with a master plan. “We've grown so much, we have money in the bank and things are well," says Gatrell. Next on her agenda: A $9 million expansion of the hospital's emergency department, with a third of the funds coming from the community and grants, to manage the increase in patients in a high-trauma region.

Launching the capital campaign in summer 2018, Gatrell and her team are educating both the hospital's board and the community at large on the need and feasibility of the project. A new ED, she says, “is pretty critical because I don't see our numbers decreasing.

“My family has lived in this community for a hundred years," says Gatrell, who is married to a local rancher. Those deep roots kept her – and the hospital – going. “Being community, I felt an obligation. If I thought I could do it, I should try."

Among the biggest challenges to rural critical access hospitals is changing the mindset “that we’re hospitals,” says Melissa Memorial CEO Hutches. “Really that is so far from the truth.”

Tailoring care for the people of Holyoke meant diversifying service lines and locations. In 2015, when Hutches took the helm, Melissa Memorial had just completed a community needs assessment. Hutches studied the report, looking for the “hot spots" where needs overlapped with services that the market would support “because those are two different things." 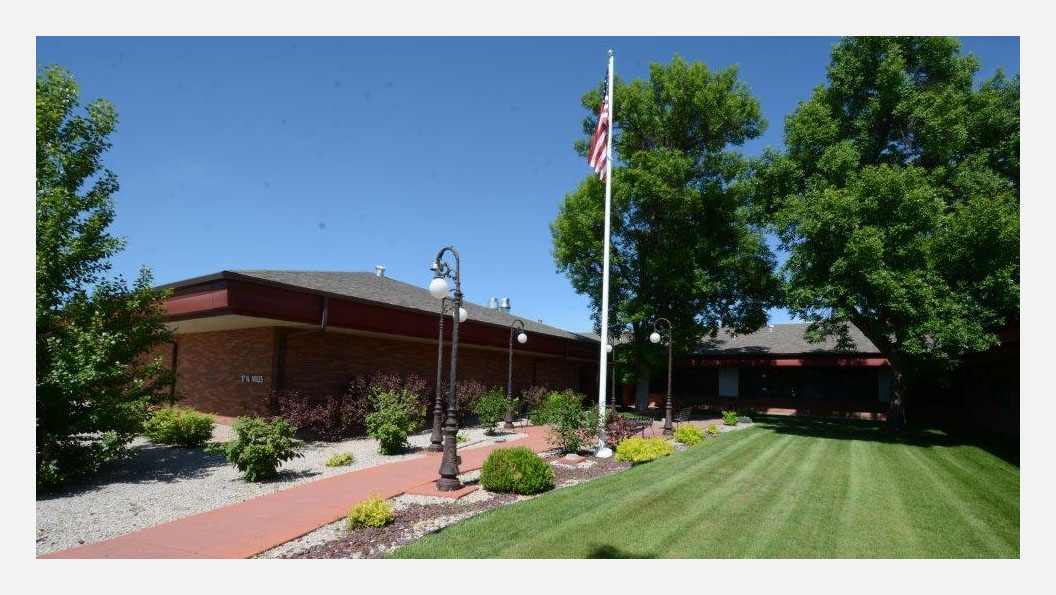 His analysis showed that the community had a lot of retirees – and they were going elsewhere to get their knees and hips replaced. With a willing orthopedic surgeon already on staff, Melissa Memorial launched a joint replacement service. In 2017, the hospital performed 20 joint replacements and has exceeded that number halfway through 2018.

“The beauty of working in rural healthcare is that we can turn on a dime," says Hutches

Continuing to identify market-viable services that meet patients' needs, Hutches has added surgical and ambulatory services, from cataract surgery to dental care. Now with its own retail pharmacy, optometry clinic, ambulance and full-time paramedic, and even a contract with a helicopter service, Melissa Memorial is doing just fine, nearly doubling gross patient revenue since 2016.

“We're no longer just a hospital," says Hutches, “we're a hospital system in our own little town."

And diversifying services reinforced the resiliency of the hospital. “Recently we lost one of our very good doctors," says Hutches. "It was the end of his five-year contract, and he took a job in another state. Well, before, this being a hospital, that would hurt. Now we're diversified, and it's a minor bump in the road."

Just south of Chicago, north of St. Louis, and west of Indianapolis, Gibson Area Hospital of Illinois has what most small rural hospitals do not: a convenient location. “We have physicians who live in Chicago and drive here for the day. Or physicians who want to be near Chicago but live in a small town," says Rob Schmitt, CEO.

As for patients, “Plenty of people still think bigger is better and go elsewhere, but data prove that our quality and care is as good or better than the big places." In May 2018, Gibson earned a Patient Safety Excellence Award from Healthgrades, one of 26 hospitals in Illinois and the only critical access hospital to receive an award, which is given to the top 10 percent of hospitals in the nation. 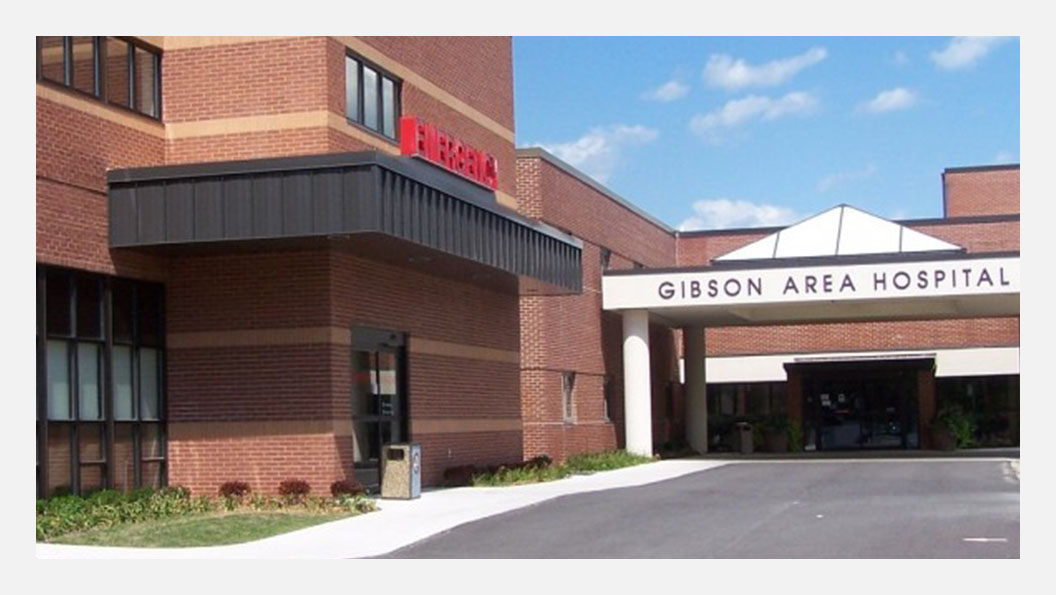 When Schmitt arrived in 2002 as the chief financial officer, the hospital was “quaint and small, functioning but pretty much like any other small, rural hospital." But he saw the opportunity for the organization to grow. The previous CFO had put the financial house in order, the hospital had a strong board of directors and a medical staff rooted in primary care. “It had all the makings of a place that could become something better than it was," says Schmitt.

Fueling its growth was a medical team who understood the needs of their patients. “They're the ones who say, 'Hey, we should have this service. Let's recruit this specialty. Let's put a clinic in this community.'" That entrepreneurial mindset has led to a network of 27 primary care and specialty clinics across Gibson's service area and a rich menu of patient education and community outreach programs, from running a food pantry to supporting field trips in the local schools.

In each area, the process of expanding Gibson's footprint followed a pattern: Start small, grow fast and fearlessly.

Take Elite Sport & Fitness, the hospital's fitness program. Begun in the basement of the hospital's physical therapy area for a handful of athletes, it has expanded to four locations open to anyone in the community. The key, says Schmitt, is that participants must set a goal, whether losing weight or running a 5K, and work with a trainer to reach it. “If we're really going to be held responsible for making sure everybody's healthy," says Schmitt, “and that's what eventually we're going to get paid for, then you're going to have some kind of service like this."

It's no surprise that Gibson Area Hospital has become the largest employer in the county, with an annual economic benefit for the region of approximately $200 million. “That's for all the services and businesses we support, all the communities that we employ people in," says Schmitt. “I'm just a big believer in supporting the community core."

And that, perhaps, is the single most important lesson small, rural hospitals offer large hospitals and health systems as the industry feels its way forward: Caring for communities is good medicine for patients.

“I grew up in a very small town. I'm a rural person at heart," says Schmitt. “I get that everybody supports everybody else." 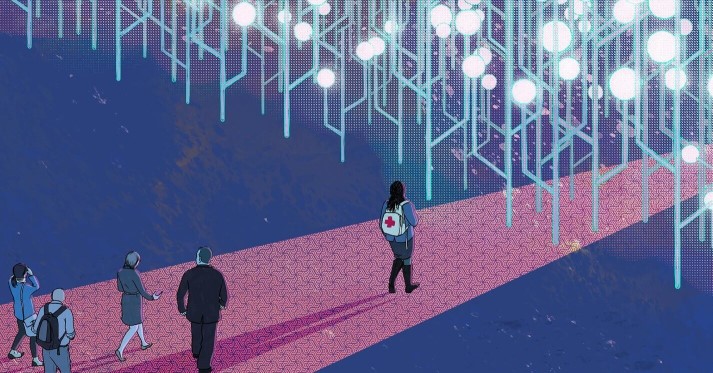 5 ways to steward a community hospital into the future 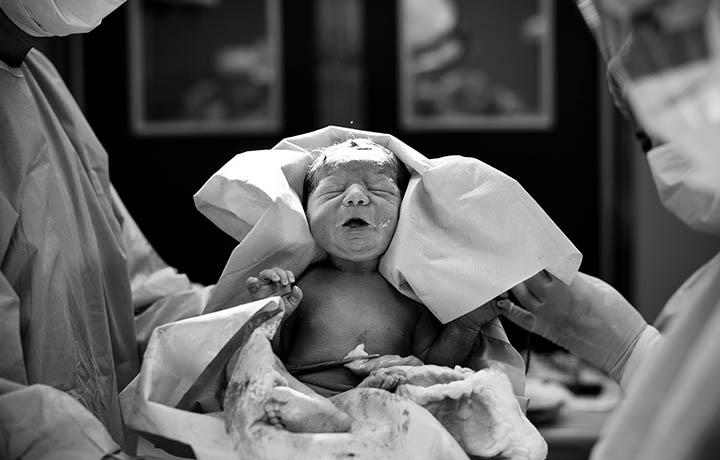