What innovations drive success in healthcare? Here's a tactic from a high performer on the athenahealth network.

“It's hard to admit, but as millennials, we want things right now," says Leigh Ann Blackman, a 31-year-old mom of two. Meeting the expectations of digital-native parents like Blackman was a priority for Coastal Pediatric Associates, a 42-provider practice with four locations in the greater Charleston area.

The practice needed to communicate in ways that #millennialparents would appreciate – while unburdening staff from the day-in-day-out task of tracking down patients' families by phone and mail.

Upping the convenience factor with extended hours and a free 24/7 nurse helpline turned out to be huge draws for millennial families. Next, the practice needed to bring its communications systems into the 21st century.

First, CEO Amanda Pritchett launched a Facebook campaign: If someone said something nice about the practice on their page, she would send a handwritten thank-you note along with a $5 Starbucks gift card. “It is an easy way for us to show our appreciation to parents for sharing positive experiences with their family and friends through Facebook," she says.

The game changer, however, was switching to an automated outreach system in which parents could opt to receive notifications from their child's pediatrician by text, email, or phone. The majority of parents, many still in their twenties, preferred text messages. With the technology integrated into Coastal Pediatric Associates' electronic health record system, Pritchett was able to schedule an outreach campaign, customized by age group, to send texts to parents reminding them to schedule well-child visits.

It was a wise choice, according to data from athenahealth showing that text reminders reduce rates of costly no-shows. With skipped appointments costing healthcare $150 billion each year – and with pediatrics having one of the highest no-show rates of any specialty – getting patients in the door as planned is a top priority. Across the athenahealth network, just 4.4 percent of patients who received a text from their provider were no-shows for their appointments, compared to 9.4 percent of patients who were notified by phone.

Right away, Pritchett saw a huge difference in how many parents scheduled their children for appointments after receiving a text reminder. Automated reminders via text message proved especially useful for parents of older children, who are more likely to skip scheduling well-child visits. Among all patients ages 3 to 11 in the practice, 27.6 percent responded to the campaign by scheduling a well-child visit. And among adolescents, the most challenging age group to get in the door, 22.2 percent scheduled a well-child appointment following the campaign.

The campaign reduced the time the staff spent on the phone, freeing up time for higher value work. An added bonus was that texts from the practice encourage parents to check the patient portal for messages from the providers. “I love the text reminders and the portal," says Blackman. “It makes it makes it easy to get something done, and you can mark it off your list." 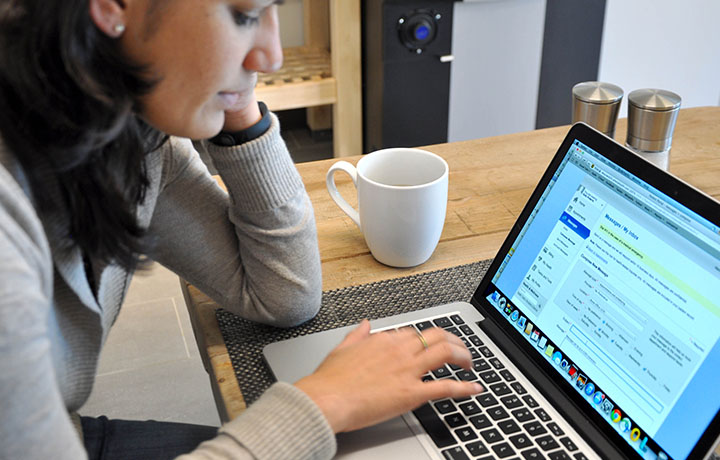 3-minute case study: Getting patients on the portal

Learn the difference a 93% patient portal adoption rate can make

At this specialty group, patient surveys are a part of the workflow