New data from the athenahealth network show a nationwide uptick in pediatric visits related to Lyme disease, largely driven by adolescent patients. And some physicians say the combination of prevalent ticks and media hype are causing tension in the exam room, as parents demand antibiotics for their children — and doctors push back.

The research analyzed patient visits across 1,600 primary care, pediatric, and urgent care practices. The data captured patient visits where Lyme disease was discussed, whether or not the patient walked away with a positive diagnosis. 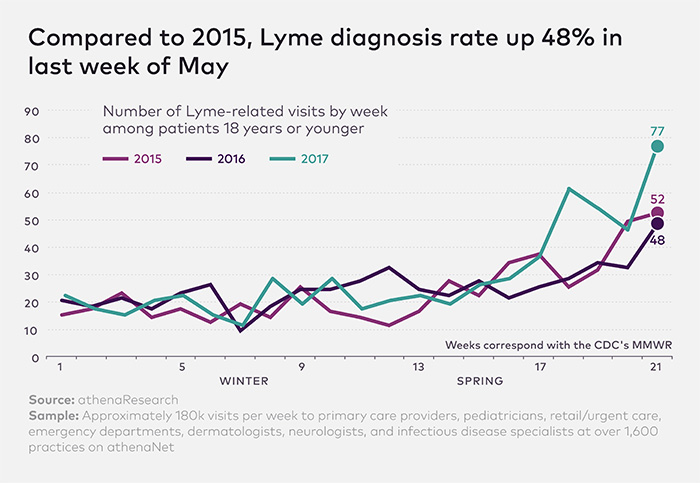 Pediatricians say more and more parents who pulled ticks off their children are demanding a round of antibiotics for their child, even if symptoms aren't yet evident.

Those requests are coming as the medical community intensifies its focus on reducing the overprescribing of antibiotics. But physicians say parents are often reacting to online discussions — and widespread rumors about a condition called "chronic Lyme disease."

The majority of Lyme cases are effectively treated with a few rounds of antibiotics. But some patients continue to describe symptoms such as fatigue or aches after Lyme treatment. Physicians refer to the condition as post-treatment Lyme disease syndrome (PTLDS) — colloquially referred to as “chronic Lyme disease."

But "chronic Lyme" it is not an actual diagnosis, and these patients have no evidence of a current infection, according to the National Institute of Allergy and Infectious Diseases.

The Centers for Disease Control and Prevention recently warned clinicians and patients that the treatment for “chronic Lyme disease" — usually, prolonged antibiotic or immunoglobulin therapy — is not only ineffective, but often dangerous. Death from Lyme disease is extremely rare. But long-term use of antibiotics can raise the risk of deadly bacterial infections such as Clostridium difficile.

And when doctors and patients falsely attribute symptoms to Lyme disease, they can miss signs of more serious conditions.

“All this talk and fear about 'chronic Lyme disease' is spreading without accurate information or checks from the medical community," says Hermos.

And navigating patient conversations around Lyme are much more complicated than convincing parents they don't need an antibiotic to treat a common cold, says Leif Norenberg, M.D., a pediatrician on Cape Cod.

“The lucky thing is Lyme is actually very treatable if you diagnose it properly. The tricky thing is it can be subtle or different occasionally, so we can delay or miss the diagnosis. That's what everyone loses sleep over," Norenberg says. “Lots of times we break down and give up and want to do what makes the patient and parent feel most comfortable."

Hermos says she spends a lot of personal time on social media, dropping into discussions on parenting Facebook groups and forums and correcting false information about “chronic Lyme."

“It's important to respond with the actual risk ," she says, "and clarify that [Lyme] doesn't cause a chronic infection."

In her medical office, when parents call after having found a tick, Hermos instructs them to watch the site of the tick for the characteristic bulls-eye rash and then come in for an appointment. Otherwise she won't test until three weeks after the tick was pulled off. If a test is delivered too soon, it's unlikely to give an accurate reading.

“I'm more interested in earning their confidence at this stage," she says. “Because of all the misinformation out there, it's important to let them know that we aren't doing the child any harm by waiting to treat when we're more confident." 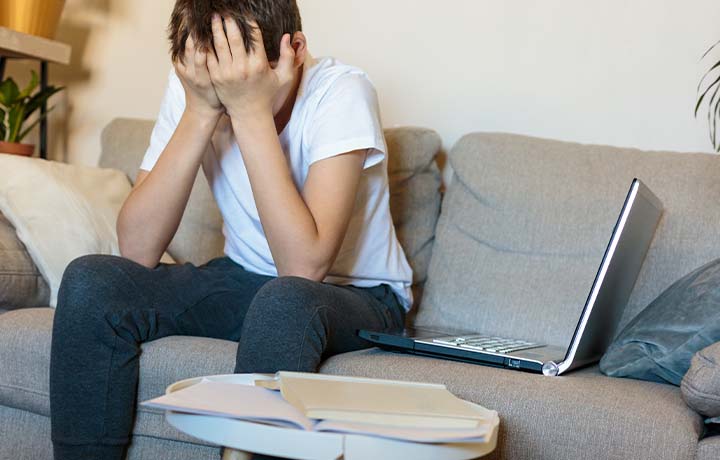 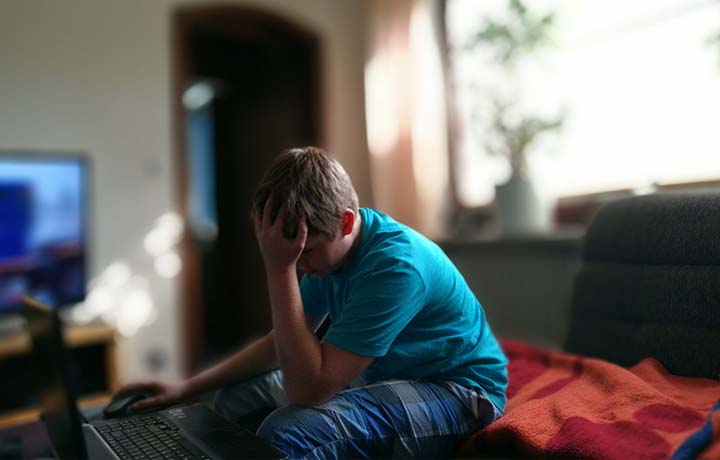 Up and up: Pediatric anxiety diagnoses on the rise