Huerta wasn't even sure he could make payroll or keep the power on.

Equally bad, the hospital itself was a mess: falling apart, with lights dangling from wires, and even a physician who kept a pet goat in the building.

“If you can imagine the worst stereotype of a run-down county-run hospital — it was that bad," recalls Huerta, a former administrator at Portneuf Medical Center in Pocatello, and an adjunct faculty member in healthcare administration at Idaho State University.

Over the past three years, and with support from every part of the community, Huerta has engineered a dramatic turnaround of the 14-bed hospital. Today, Lost Rivers is a model for rural hospitals.

Not only did it post an $800,000 profit last year, but it ranked number one in Idaho for patient satisfaction, ahead of the state's larger medical institutions. Over the past three years, the hospital has added new specialties, such as orthopedics and mental health, and it's in the process of adding more, including gastroenterology, geared toward the region's aging population.

Rural hospitals have been struggling badly in recent years. Since 2010, 71 rural hospitals have closed across the country, according to rural health data collected by the Cecil G. Sheps Center for Health Services Research at the University of North Carolina. And hundreds more are struggling financially and at risk of shutting their doors.

Rural populations have been in long-term decline, while the people who have remained in rural areas are older, lower income, and more likely to be uninsured than elsewhere in the country. Shifting reimbursement rates under the Affordable Care Act have squeezed many already-stressed rural hospitals further.

There are additional pressures related to size. Rural hospitals tend to be smaller — sometimes a lot smaller — than hospitals in urban areas, and they tend to have fewer patients. But because they still need to buy the same equipment and set up the same medical care, the costs per patient are higher. The result is that rural hospitals have to pick and choose which services they'll offer. And they need plans to refer patients out to larger medical centers, even if it means helicoptering them away in emergencies.

For rural populations, the results have been calamitous. Rural communities have long suffered from the highest rates of premature death in the United States, and things have been getting worse. The most recent county health rankings — a collaboration between the Robert Wood Johnson Foundation and the University of Wisconsin Population Health Institute — found worsening premature death rates in one out of every five rural counties across the country.

Lost Rivers faced all of these problems. Arco, Idaho is a stunningly beautiful place, set against the Lost River Range of the Rocky Mountains. But it's a pinprick of a town, with just 896 people at the 2014 census, and its economy is largely based on the Idaho National Laboratory and recreation in the Lost River Valley.

Hiring physicians in Idaho — total population 1.6 million — is a particular challenge. The state ranks 49th in the country in physicians per capita, and it's one of only five states without a medical school (though it's getting its first one when the Idaho College of Osteopathic Medicine opens in 2018).

“We're the largest roadless area in the lower 48. We are outnumbered, literally, by bears," Huerta says. “We're not even really a rural hospital. We're a frontier hospital. How do you cobble together care when you have one person for eight miles?"

Lost Rivers Medical Center was founded in 1958 to provide acute in-patient care to people living in Idaho's Butte and Custer counties. Today, it operates as a Critical Access Hospital (CAH), a designation established under the Medicare program for rural hospitals with a maximum of 25 beds that provide 24-hour emergency services. For hospitals like Lost Rivers, the big advantage of a critical access certification is that it allows them to receive cost-based reimbursement from Medicare.

When Huerta arrived at Lost Rivers, after having worked at the far-larger Portneuf Medical Center around 90 miles away, he knew the hospital was in disrepair. He recalls seeing the dirty carpets, lights dangling from wires, and the goat wandering the halls with a diaper on. But what he didn't realize then was just how perilous the hospital's financial situation was.

When Huerta arrived one Monday morning in April 2013, he met with the interim CEO and asked if there were any hot-button issues he needed to know about.

“She scratched her head a little bit, and she said, 'There is probably one thing you should work on right now,'" Huerta recalls. “She said, 'Payroll is Friday, and it's about $170,000 every couple of weeks, and here's the thing, you've got $7,000 in the bank right now.' So the very first day, I shut my door and started making phone calls to try to find a line of credit to make payroll."

Huerta managed to scrape together the funds to make that payroll, then set about trying to stabilize Lost Rivers. The hospital had been so badly run that everywhere he turned, he says, he found low-hanging fruit. Across the valley, unemployment was high, and the “hospital was operating more like a jobs program," he says. “There was almost no volume, and 80-plus employees."

Laying off people in a tight-knit, economically distressed community was excruciating, but Huerta realized he had to do it for the hospital to survive. He then spent time moving the people who remained into jobs they could do well.

To bring in funds, Huerta, who has a background in public administration, looked into bond issuance. Because the hospital was a taxing entity, he discovered, it could float special bonds. Taxpayers approved the $5.6 million bond offering by a two-thirds majority.

With the funds, Huerta was able to pay off its debts, which included $3.5 million in federal taxes, penalties and interest because, Huerta says, the former executive had stopped paying payroll taxes — a big tax no-no — in an effort to keep scraping by.

With the debts wiped out, Huerta turned to fixing up the hospital itself. Some of the funds went to basic things like painting and cleaning, making the space look and feel like a respectable medical center. Then, he used the remaining funds to purchase and implement an EHR (from a company that has since been acquired by athenahealth) which hospitals were required to have in place by January 1, 2016 or face penalties.

By making the deadline, Lost Rivers received a bonus from the federal government of $650,000. More important, Huerta is able to use internet-age technology to get a handle on Lost Rivers' operations, reducing the speed of collections and scrubbing claims to find revenue that would otherwise have been lost.

Now that Lost Rivers is back on track, Huerta has big plans for the future. He's already brought in new specialties, including cardiology, orthopedics and mental health. Now he's adding gastroenterology and women's health, and looking next to add nephrology. While other rural hospitals shrink or, worse, shutter, he's hiring physicians and support staff.

Nephrology, the treatment of kidney disease, is a big area for Lost Rivers because of its aging patient population. Today, Huerta says, patients on dialysis have to travel across the desert, an hour-and-a-half drive each way; it's a nice drive in the summer, but in the winter, the roads are covered in snow and blinding whiteouts are common. For patients who need dialysis, being able to get it in their local community will be a major improvement, while for Lost Rivers it makes sense financially given the risks of kidney disease in its population.

As Lost Rivers expands, Huerta is also in the final stages of getting the hospital certified as a trauma center, and is about to break ground on a new surgery center. Because of Lost Rivers' location, the hospital gets patients with severe traumas, including from ATV accidents and gunshot wounds during hunting season.

“Right now, we stabilize them, like that old TV show 'M*A*S*H,' but we eventually have to package them and send them on a helicopter," Huerta says.

Longer term, Huerta and Lost Rivers' board of directors will need to decide whether to join an accountable care organization (ACO) or coordinated care organization (CCO), a similar quality-based grouping of local medical institutions. For smaller rural hospitals like Lost Rivers, the big question is how to balance the benefits of joining an ACO or CCO with the loss of control that would come from being a small piece of a larger organization.

This is an especially thorny issue for rural areas because of their lower number of patients, and the risks of becoming aligned with a larger hospital that doesn't do a good job with, say, open-heart surgery, potentially bringing down the small institution's reimbursement rate and ability to serve its population.

Huerta hasn't yet figured out what he'll do, but is glad to have options.

“A couple of years ago, we would've been an orphan. Now we have a lot of possible dance partners, and we just need to choose the right one," he says. “Who do we trust, who do we like, and who is most like us?" 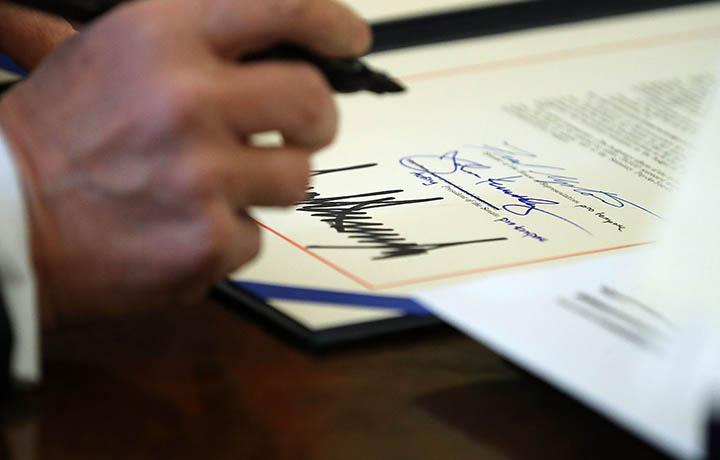