The Schwartz Center for Compassionate Healthcare is trying to change that. The center is known for its “Schwartz Rounds," a facilitated discussion that gives healthcare providers time to discuss the social and emotional issues they face in caring for patients and families. And in June 2017, the center will convene its first-ever Compassion in Action Healthcare Conference.

Andrew Shin joined the Schwartz Center in 2015 as Senior Director of Policy and Strategic Partnerships, after years working to reform healthcare in federal and academic arenas. Now, he works with public and private stakeholders to develop initiatives that strengthen the patient-caregiver relationship, while raising awareness about the essential role of compassionate care.

Shin spoke with athenaInsight about how to create a culture of compassion in the healthcare workplace.

Compassion doesn't only define the interaction between a patient and his or her caregiver, Shin says. It exists between clinical staff members and their colleagues, and among all employees of an organization. The CEO needs to provide the direction, but the rest of the employees have to own it, he says.

2. Recognize the effects when compassion is missing

Shin says the clinician burnout epidemic is one of the Schwartz Center's top priorities. Many physicians believe they're not making a big enough difference relieving pain and suffering because time constraints of appointments don't allow them to fully reconcile patients' treatment plans with their personal lives.

Compassion doesn't only help the patient, it also benefits the practitioner, Shin says.

“When you look at the part of the brain that's activated when you engage in compassion — in other words, are able to relieve pain and suffering in others — it's actually the same region of the brain where dopamine is produced. That's why sometimes we say, 'Compassion is the answer to burnout' — literally, because you feel good about it."

3. Consider the power of teamwork

If clinicians repeatedly experience situations where they feel they're not making a difference to their patients, they'll experience burnout, Shin says. But there is a solution. In recent “Schwartz Rounds" visits, Shin says, physicians who were part of team-based models reported higher rates of compassion.

“Physicians specifically [say], 'I went to medical school thinking that the most enjoyment I would get out of my career is to heal; But then, now that I'm in practice, I actually have the most enjoyment out of working in a team,'" Shin says. “They recognize that only through team-based care are they actually being able to heal. Otherwise, they feel like they're not making a difference, because they're doing the whole checklist of what they need to do, and then your time is up."

4. Scan the data for red flags

There are multiple ways to spot a lack of compassion, and the first is by looking at the numbers. If your HCAHPS scores are down, it's one indicator that you aren't delivering great care, Shin says. But apart from giving everyone on staff the Maslach Burnout Inventory — a test that measures burnout — providers can turn to their human resources departments.

It's important to have an inspiring mission, but the work doesn't stop at the vision statement. Many hospitals suffer from what Shin calls “innovation fatigue," when they have multiple major initiatives running at once and are pressured to onboard everything under discussion.'

Clinicians often feel that priorities concerning their wellbeing and patient quality and experiences are secondary to the bottom line, Shin says.

How to deal with competing priorities? “You have to measure the problem and you have to be transparent about it," Shin says. “We see that all the shining examples on a hill are where they said, 'Well, let's make sure we're measuring the wellbeing of our clinician workforce. Let's measure things like a culture of safety, for example.'"

He cites Boston's Beth Israel Deaconess Medical Center as an example of a hospital that stood out in promoting transparency and well-being, by implementing a preventable harm measure to assess unintended physical or emotional injury in association with medical care.

6. Get everyone on board

In the bigger hospital systems Shin has visited, ethics committees — which often have representatives from every department — are at the heart of implementing change, Shin says. But everyone has to buy in to the mission.

To help enforce that, Shin said some health systems require “leadership rounds," where every VP, senior VP or C-suite member has to round on a different unit once a month. Doing so alerts them to problems they wouldn't have been exposed to otherwise. In one instance, Shin says, the CEO visited the addiction rehab facility of his hospital and found that the pillows were sticky and uncomfortable for patients who sweat during detox.

“So literally, the CEO, unbeknownst to anyone, goes to Target, buys 50 pillows that didn't have this plastic on it, drops them off at the unit — boom, problem solved," Shin says. “It's such a simple example, but it's something that had been going on for years."

7. Recruit people who fit into the mission

8. When in doubt, be supportive

Systems need to set up incentives, awards and penalties that fall in line with compassionate care, all while remembering to be supportive of providers, Shin says.

“You have to actually change compensation priorities so that people aren't penalized for taking time for themselves or to support their coworkers or to train someone else on the team," he says. “If you're in an organization that values collaboration among different specialties, among different roles and professions, you're going to work better together. If you're not, you're not."

Allison Pohle is a writer based in Boston. 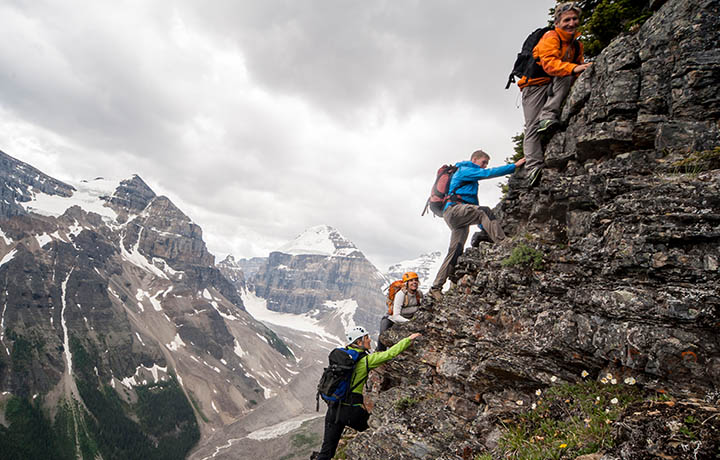