The kicker? It's also a staff-engagement tool.

It started when Sachin Jain, M.D., began thinking about loneliness. As CEO of CareMore, the Anthem subsidiary that operates integrated Medicare Advantage health plans in seven states, Jain knows that social isolation has a severe impact on overall health, particularly among seniors. In the words of one researcher, the “toxicity from loneliness is stunning."

And Jain also knows that the cure for loneliness is straightforward: connectedness. As he wrote in an article for the American Journal of Managed Care in 2001, “social connectedness is associated with improved clinical outcomes."

Loneliness is a disease

Yet in the nationwide search for ways to address the causes of chronic disease – the largest slice of pie in U.S. healthcare costs – little attention has been turned toward social isolation. “We know our patients are lonely," says Jain, “but we never focus on it as a treatable condition because we don't have an intervention to apply to those patients."

That's changing, however. Just as risk-based contracts enable care plans to address the drivers of poor health, Jain and his team have devised the intervention: a management program treating loneliness and social isolation as a distinct disease.

Launched in May 2017, the “Be in the Circle: Be Connected" pilot program is the first of its kind. Led by Robin Caruso, LCSW, it builds on the existing practice at CareMore of screening all patients at their first appointment for social isolation, alongside food insecurity and other risk factors for poor health.

With one in five CareMore members self-identifying as lonely according to the UCLA Loneliness Scale — a population of more than 1,000 patients — Caruso and Jain designed their pilot.

Step one was to give Caruso the title of Chief Togetherness Officer. Caruso's job is to find ways to connect CareMore members to staff members and to their communities. “People don't want to feel like they're lonely," says Jain. “So, it's a 'togetherness initiative' as opposed to a 'loneliness initiative.' Language matters."

Caruso agrees: “Togetherness should be in every aspect of healthcare. Human connection is just as power as giving someone antibiotics."

The core of CareMore's approach is weekly phone calls to every member who screens positive for social isolation – a goal that initially overwhelmed capacity. “We quickly realized that we would never have enough workforce to actually address all the people who needed this type of intervention," says Jain.

So, the organization offered CareMore and Anthem staff the opportunity to make friendly phone calls to lonely seniors as volunteers. More than 200 associates signed up and made more than 8,000 calls to 600 seniors in the first seven months of the initiative.

With just 20 minutes of training, the volunteers start calling their "phone pals" once a week. “It's not rocket science," says Caruso. “The training is just about how to have a great conversation and connect with someone." The volunteers may ask screening questions during the calls, which typically last 10 to 20 minutes, but “it doesn't feel like they're doing a health survey. It's all tied into that friendly conversation."

If an issue comes up that needs an immediate solution – the senior can't get his medicine, or she is without food – the volunteer alerts Caruso's staff. And it turns out that the call itself is as powerful as medicine and food.

While clinical outcomes are still being collected, just seven months into the pilot the impact is "dramatic," says Jain. Every week he hears about members who were depressed or not engaging in their healthcare who are now getting scheduled for visits, whose hemoglobin A1c levels and other clinical metrics are improving.

"Folks who might have ended up getting admitted in the hospital are now being managed as outpatients because they're more engaged in their healthcare."

Togetherness is a two-way street, so it's no surprise that the program is having an equally dramatic impact on the volunteer callers.

As healthcare systems seek to become "patient-first" and "consumer-oriented," they tend to focus on the providers and staff who are face-to-face with patients every day, says Jain. But CareMore and Anthem's friendly callers come from across operations and are often far removed from patient care in their daily work. The "Be Connected" program gives them all an opportunity to be front-line, patient-centered caregivers.

In CareMore's all-staff meetings, mentions of the program earn cheers and standing ovations. “Our employees really love it; they get very close to members. And I think that that's the power of it, that's the magic of it. Over time our volunteers start to feel the benefit of it as well."

And, Jain adds, “I can't directly correlate it, but if you look at our Glassdoor ratings, which is a measure of employee engagement and pride in their company, since we launched the program, ours went from a low of 3.3 to 4.0. The idea that this can be an employee-engagement tool – that was a big learning."

As health systems enter risk-based contracts, “all of them should be thinking about loneliness as a component of the solution set," says Jain, to support better self-care and reduce utilization. 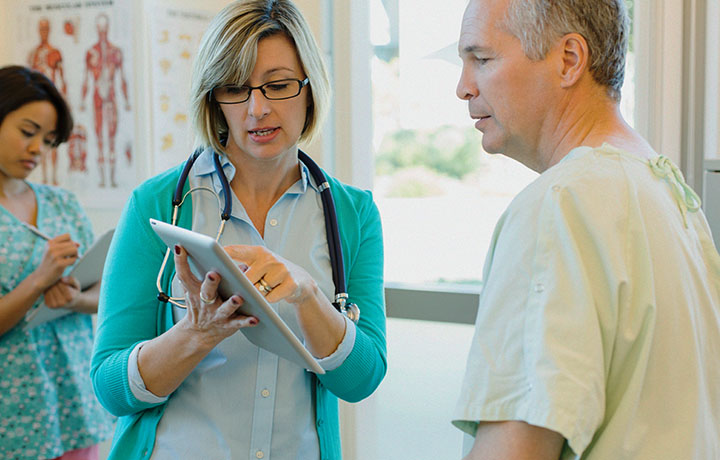 Chaperones in the exam room — who gets to decide?

They’re meant to protect patients and doctors. But not all patients see it that way. 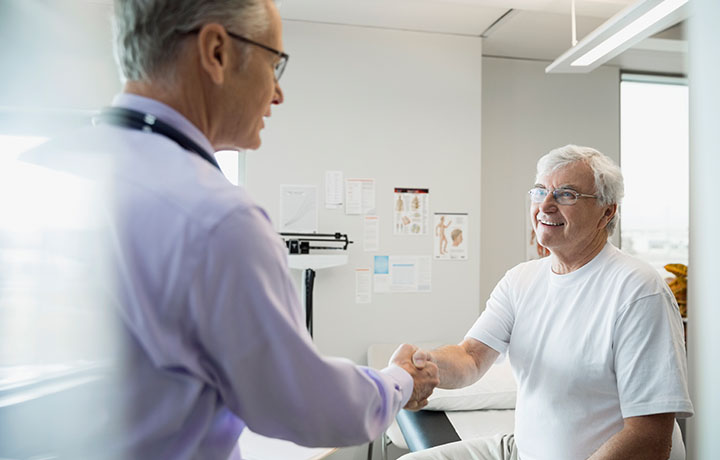 How to meet the needs of patients-as-consumers

Beyond the portal: Lessons from Summit Medical Group on fully engaging patients online