To help patients live well despite chronic illness and other stressors, Cambridge Health Alliance (CHA), the community health system serving more than 140,000 patients within seven cities across Eastern Massachusetts, opened the Center for Mindfulness and Compassion in 2014.

CHA knew that their programs on mindfulness, self-regulation, compassion, and resiliency were popular with patients and staff alike. But they wanted to investigate the scientific validity of mindfulness-based interventions as a method of integrating behavioral health and primary care.

In 2015 the center designed a research program called MINDFUL-PC: Integrating Mindfulness into the Patient-Centered Medical Home. The goal, says Zev Schuman-Olivier, M.D., director of the center, would be to determine if mindfulness training could “engage people's capacity to set and follow through on a health behavior goal related to self-management of their chronic illness."

First, mental health and primary care professionals were trained to lead mindfulness programs at CHA's main regional primary care sites. Focused on reducing anxiety, depression, and the stress of dealing with chronic illness, the eight-week course consisted of weekly two-hour group sessions, plus one seven-hour meditation practice session on a Saturday. And the program was structured to meet insurance requirements for reimbursement.

Then, all of CHA's primary care providers from 11 primary care sites were educated on how to identify patients who could most benefit from participating in the group. In the first 30 months, 142 primary care providers referred more than 1,000 patients, most with chronic disease, to the program; to date, more than 250 people have completed the program. The referred patients often had comorbid mental and physical illnesses such as anxiety, depression, hypertension, post-traumatic stress disorder (PTSD), or diabetes.

Those assigned to the experimental group were enrolled in the eight-week program, called Mindfulness Training for Primary Care (MTPC). And both groups received calls from the center's staff every two weeks encouraging them to continue with the mindfulness practices.

In the seventh week of the program, patients came up with one specific health-related self-management goal that would help them live well with chronic illness – and that they felt they could realistically act on within two weeks.

Three years and 27 cycles later, the recently published Mindful-PC study shows those patients assigned to the Mindfulness Training in Primary Care group demonstrated 2.9 times the odds of following through on their health-related goals than those randomized to the low-dose comparator group.

Participants in the experimental group reported significant reductions in symptoms of depression and anxiety, though the low-dose group also had some improvement. The MTPC group demonstrated significantly greater changes in emotion regulation and internal body (interoceptive) awareness, which are key aspects of self-regulation. Even patients with complex symptoms, such as PTSD, improved their capacity for self-regulation and initiated health behavior change – lending credibility to CHA's efforts to ensure that MTPC would be an accessible, safe, trauma-informed program.

“When you are looking at primary care, this is the single most important thing," says Schuman-Olivier. “Can your intervention help enhance people's capacity for self-management and health behavior change, especially among those who struggle most with self-regulation? Because at the heart of accountable care and patient-centered care is people being able to self-manage their own illness."

Lia Novotny is a contributing editor to athenaInsight. 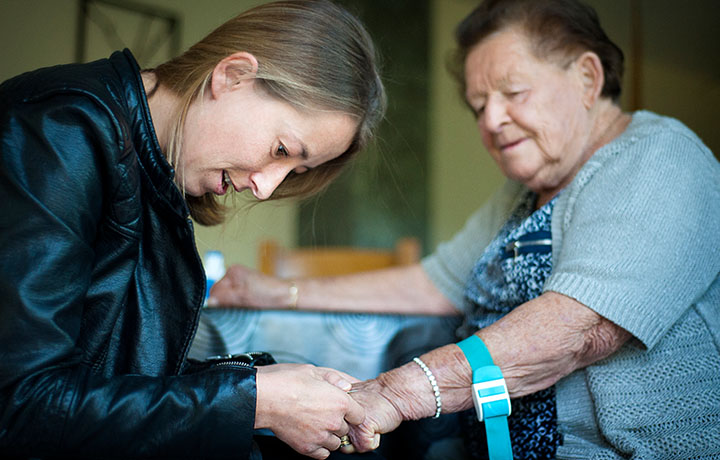