What to watch: Healthcare in the 116th Congress

Here are three things to watch for:

For the first time in nearly a decade, the economy was eclipsed as the top issue on voters' minds during the 2018 midterm election. Instead, healthcare was the main motivator to get out and vote, according to exit polls. Additionally, Americans' biggest priority for the coming Congress – surpassing federal deficit reduction and immigration reform — is lowering prescription drug prices.

With heightened voter focus on healthcare and five new Members of Congress with health-related backgrounds, we can expect health policy to get its fair share of attention. Both Republicans and Democrats have signaled desires to reduce the rising cost of healthcare, lower barriers for cost-saving innovation, and reimburse clinicians for quality of care.

As Democrats replace Republicans at the helm of the House, the lower chamber is carefully laying out its own health agenda for the incoming Congress. Incoming Energy and Commerce Committee Chairman Frank Pallone (D-NJ) is interested in controlling pharmaceutical drug prices, regulating e-cigarette sales, and debating “Medicare for All" legislative proposals. The House will also aim to reinforce the ACA provisions that Republicans chiseled away, especially as the courts deliberate the constitutionality of the ACA.

As the majority party for the first time in eight years, House Democrats are eager to begin advancing legislation to fulfill these priorities. However, keep in mind that all House-passed legislation requires Senate approval and the President's signature, so laws enacted in the 116th Congress are likely to be moderate mixed-bags of goodies for both Republicans and Democrats.

In the wake of Europe and California enacting strict regulations for data privacy, Washington has been humming with high-level discussions about the need for U.S. federal data privacy legislation. Momentum for action has grown considerably in the past six months, as Congress introduced several bills to regulate tech companies' use of consumers' data, and companies such as Google, Facebook, and Uber have embraced the idea.

This policy issue is incredibly complex — especially for an institution known for its technological illiteracy — and the impact of federal data privacy legislation could be far-reaching. Such regulations could encompass health data, which would have a massive effect on health IT. In order to regulate data privacy without hampering innovation or healthcare quality, Congress will need to proceed carefully. Some Members of Congress have suggested reviving the Office of Technology Assessment, which equipped legislators with reports and research on cutting-edge, technological policy until it was defunded in 1995, to fill the knowledge gap.

Because this is one of few bipartisan issues in a divided Congress, we expect data privacy to receive ample attention. Throughout the 116th Congress, we anticipate more detailed industry perspectives, further conversation about the inclusion of health data, and additional Congressional hearings as Washington continues its very slow march toward a vote on this significant policy issue.

The Trump Administration has found its healthcare sea legs, resulting in an uptick in recent rule-making and requests for information from the Department of Health and Human Services (HHS), Centers for Medicare and Medicaid Services (CMS), and Office of the National Coordinator (ONC).

Because the 116th Congress will usher in a divided Congress, we expect the Administration to lean even more heavily on the rulemaking process to bypass slow legislative action. In the coming year, we anticipate that HHS, CMS, and ONC will release rules to promote interoperability, incentivize telehealth, reign in drug prices, and transition to value-based care.

In the background of the rulemaking process, the Administration will maintain its commitment to reduce regulatory burden so that clinicians can spend more time providing quality care. CMS's “Patients Over Paperwork" campaign ramped up in 2018, and we expect regulators to continue rolling back unnecessary documentation and onerous reporting requirements. We anticipate that most HHS, CMS, and ONC proposed rules will include provisions to increase clinician efficiency and improve the patient experience.

First up: watch for the release of ONC's proposed rule governing information-blocking behavior, as well as a second draft of the Trusted Exchange Framework and Common Agreement (TEFCA) proposed rule, which is intended to support greater interoperability among health IT vendors.

On the whole, we anticipate a momentous and predictably unpredictable two years ahead. Hang on to your hats, health IT stakeholders! 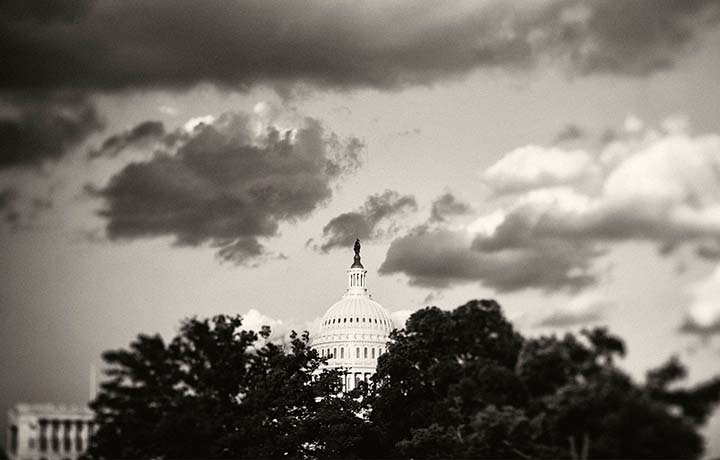 On deck for next year from CMS: More telehealth, fewer documentation demands

New reimbursements open the door to a broader vision for telehealth