While patient portals have been around for years, they're often treated as afterthoughts — mandated by "meaningful use" regulations, but undersold to patients.

But new data suggests a good reason to make portals a regular part of the doctor-patient relationship: When patients use portals, medical groups make more money.

A study of portal use in athenahealth's network found that portals deliver clear financial benefits. They also offer an essential bridge to better patient outcomes under value-based reimbursement. Here are four ways that portals can help with the bottom line, now and in the future.

Since 2010, the number of Americans with high-deductible health plans has increased by 75 percent. That means today's patients are taking on a far greater share of medical costs. For providers, collecting those payments in time can be a challenge. 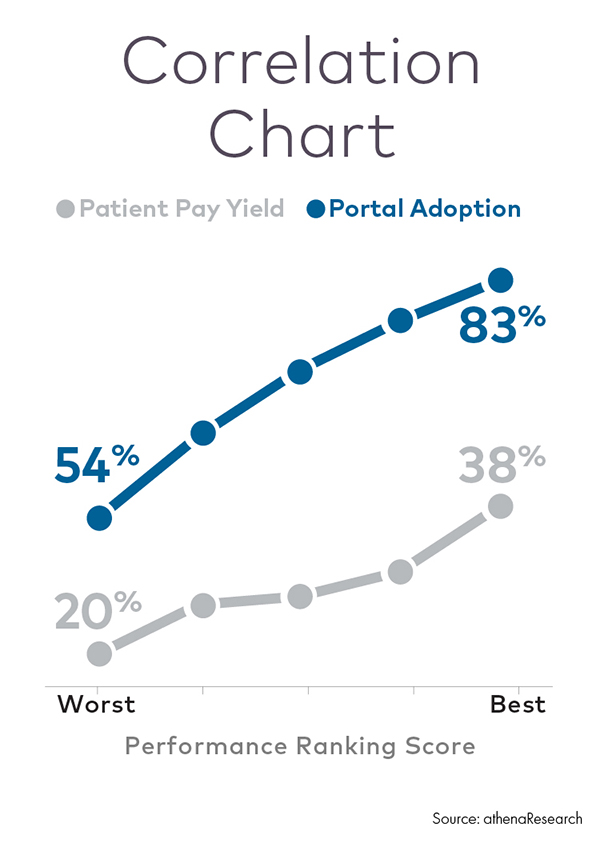 One likely reason is convenience. Patients in these practices could receive electronic statements and, in most cases, pay their bills online.

Portals could also play a role in retaining patients over time. 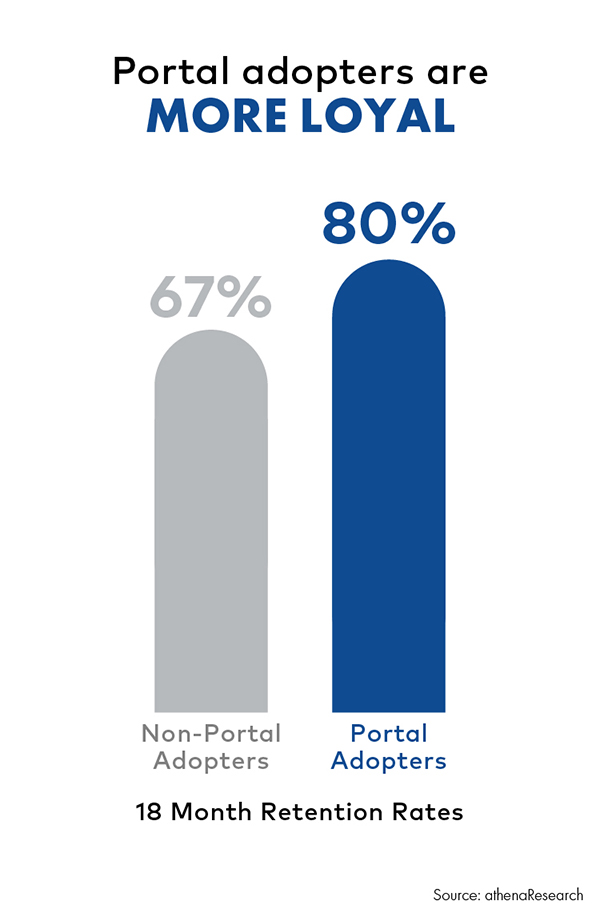 And portal adopters are more likely to have ongoing relationships with their providers. According to network data, 30 percent of portal users make at least one annual visit to a primary care provider in a three-year timespan, compared to just 19 percent of non-portal users.

That loyalty translates to revenue. New patients who return to a practice at least once over a three-year period generate more than $800 in collections, as opposed to less than $150 for patients who don't return. That financial benefit grows for large, multi-specialty practices that can keep patients in-network for higher-margin services.

It's often assumed that digital mandates create extra work. But practices with portal adoption rates above 60 percent report that portals can actually reduce workloads for providers and staff.

Risk-based reimbursement is coming. The U.S. Department of Health and Human Services has announced that an estimated 30 percent of Medicare payments will now be tied to alternative payment models that reward quality of care over quantity of services. The government aims to link 50 percent of payments to value-based care models by the end of 2018. 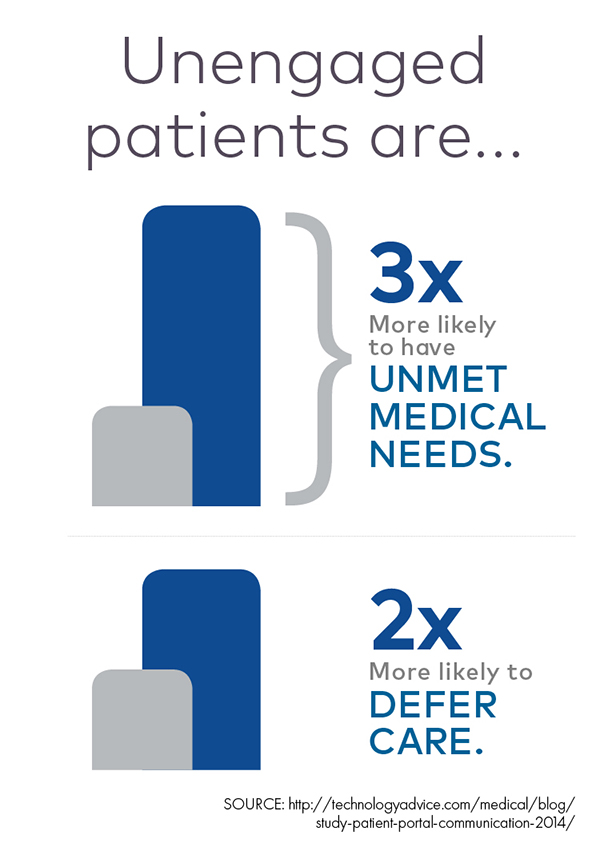 One key to restraining costs and improving outcomes during the transition? Patient engagement, which requires an active relationship between patient and provider, and patients' proactive management of their own health.

Medical literature is filled with examples of how patient engagement can make a difference in areas such as post-acute care for cardiac patients and preventive measures for patients with chronic diseases. Relatively low-cost services can help minimize financial risk. But they only work when patients play their part.

So under value-based reimbursement, portal technology is beginning to look essential — for doctors to communicate with patients between office visits and for patients to track and understand their health data over time.