So primary care doctors in disaster zones are finding ways to blend high-touch care and high-tech communications to ensure that their patients' needs are met, no matter what.

When Hurricane Harvey submerged Houston, VillageMD, a national provider of primary care management services, communicated with patients before, during, and after the storm with the help of cloud-based medical records and patient-communications systems.

For instance, partnering with primary care physicians throughout the Houston metro area, VillageMD used its automated patient messaging system to send 254,000 emails and text messages to over 160,000 patients before the storm. The messages reminded patients to call for refills and pick up necessary prescriptions as soon as possible, as their doctors' offices might close during the storm.

The messages also let patients know that VillageMD's call center would stay open through the storm as long as possible, but if it closed, they could call an answering service to reach a rotating team of on-call physicians 24/7.

Using integrated EHR and claims data, VillageMD also performed risk stratification, identifying its most vulnerable patients: the home-bound, those on oxygen or dialysis, and those with multiple chronic conditions. Nurse practitioners called those patients directly to confirm that they had the medications they would need for the duration.

“Thanks to data," says Fields, “we can do things we never could do before – and that was never clearer than in Harvey."

Then, the hurricane hit. When the call center lost power and closed, calls began coming in from evacuated patients in other regions.

“Some were in real danger, without seizure medications, and so on," says Fields. "They needed help."

Because any pharmacist with an internet connection could log into VillageMD's cloud-based medical records — unaffected by the flooding and power outages — many could check patients' prescriptions or call VillageMD to confirm their doses from any location.

By Wednesday, three days after the rain began, VillageMD was able to re-open its call center. The five employees who could reach the center booked 280 appointments for Thursday, when most of the clinics re-opened. 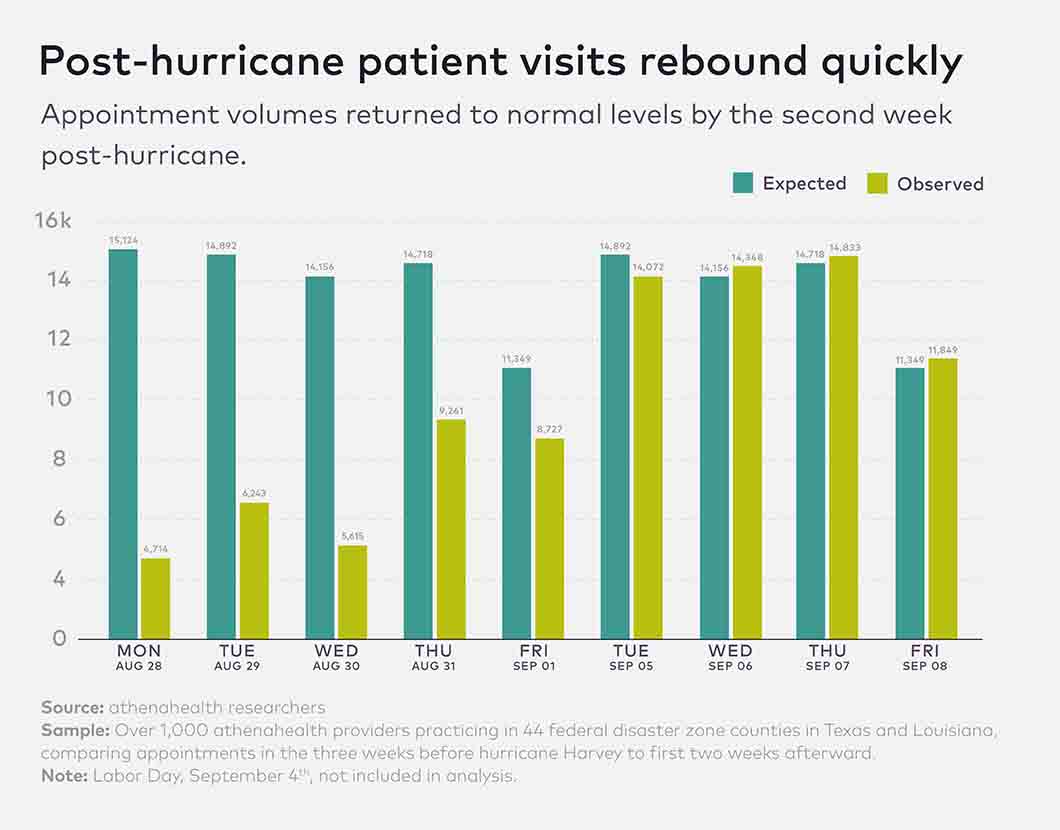 The knowledge that they could be seen the next day comforted patients and prevented unnecessary ER visits, Fields says. “By Thursday," he says, “we were working at full speed, very quickly meeting people's needs."

Though staff was limited and some clinics were flooded, he says, VillageMD made sure patients got attention, sometimes through phone calls and home visits from nurse practitioners with company's Village@Home care management program.

In a crisis, says Fields, primary care physicians “must be capable of adapting to unpredictable situations."

Adaptability is the watchword for healthcare practices facing natural disasters. In Montana, where 40 of the state's 56 counties were scorched by wildfires across the summer of 2017, Blue Mountain Clinic had to anticipate patients' needs during a time of evacuations and heavy smoke.

"Ten years ago, we had another fire season like this," says Annie Hansen, executive director of the family practice. "So, we knew that patients would need more inhalers, that we would need to leave slots open in our schedule for people with sinus issues, to check on our elderly patients at home, and distribute masks to anyone needing one."

And, as at VillageMD, the Blue Mountain team focused on reassuring patients that care would be consistent and available.

"Months of no rain, constant smoke, and evacuation warnings at 1 in the morning wear you down," says Hansen. "At times like this, I coach my staff, 'Everyone is stressed, but we've got to be people's rock now. Our patients need to know that we're here for them.'"

Indeed, Fields says delivering care in Houston during Harvey felt a lot like practicing medicine in the 1940s.

“My dad was a family physician for 50 years," says Fields. “When I tell him about how we are checking on patients at home, he says, 'Son, I always did that. House calls are what you did on the way home.' He always knew which of his patients were in the hospital, which were vulnerable at home.

"Now, with the help of data and high-tech communications, we may be getting back to primary care as it used to be, back to high-touch care. It's not about hurricanes or EHRs, after all. It's about relationships." 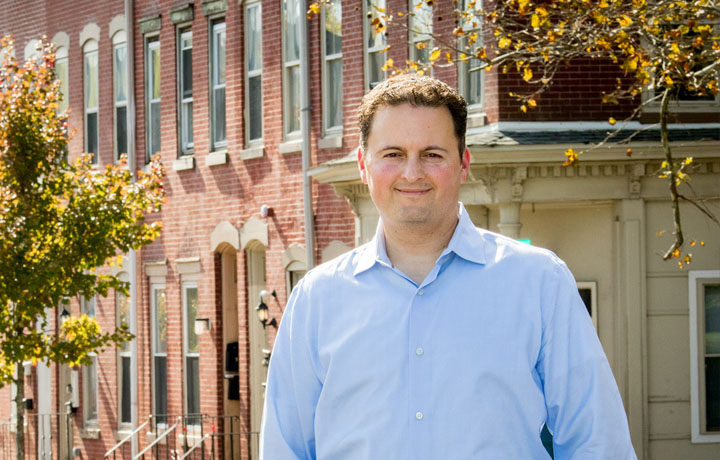