3-minute case study: When hugs are the best medicine

Boston Medical Center (BMC), an academic medical center that is the primary teaching affiliate for Boston University School of Medicine, is the largest safety net hospital in New England. Every year, it treats about 120 babies with neonatal abstinence syndrome (NAS).

Nationally, the average length of stay for babies with NAS is 17–18 days — and 23 days for those who require medication. And the average hospitalization charges for the sickest infants are $93,000, as most are cared for in the neonatal intensive care unit.

Babies born with NAS are typically irritable and prone to tremors, vomiting, and diarrhea. They often have high muscle tone — their muscles tense up or become rigid at rest — and are fitful sleepers. Those who develop severe withdrawal symptoms are typically treated in the hospital with opioid medications, usually morphine or methadone, and are gradually weaned off them.

Like other hospitals across the country, BMC had been rethinking its approach to these tiny patients, and in 2016, the hospital began exploring ways to reduce its use of opioid medications for babies with NAS.

In the past, if babies with NAS were becoming agitated, the impulse was to remove them from their mother and intervene in some way, often by starting them on medication. “We realized we were responding in a backwards way to babies' signs of distress," says BMC neonatologist Elisha Wachman, M.D. “Yes, they were showing signs of withdrawal, but we were jumping immediately to use of opioids to treat them, when all they might need was more mom."

So the hospital began providing more mom. And with this change in approach, medications were used less often, average length of stay went down, and costs plummeted.

More mom (and dad) meant parents sleeping in babies' rooms, breastfeeding, and lots of skin-on-skin contact. But what about when a parent couldn't be there — perhaps the mother had a methadone appointment or parents had to tend to children at home? The CALM Program, with its army of volunteer “cuddlers," was born.

CALM, which stands for Cuddling Assists in Lowering Maternal and Infant Stress, was launched in December 2016 by Wachman, in collaboration with the hospital's Volunteer Services and the Boston University School of Medicine (BUSM).

Cuddler programs have long been a feature of neonatal intensive care units (NICU); in fact, the CALM program is modeled after BMC's NICU cuddler program. And as the opioid epidemic has worsened across the country, more and more hospitals are extending their cuddling interventions beyond the NICU.

CALM's 100 volunteers — half are BUSM students who receive required service learning credits for their participation and the rest are hospital staff or community members — spend one- to two-hour shifts cuddling, rocking, singing, and reading to agitated babies between 4 a.m. and midnight, seven days a week.

“As you hold the babies and cajole them into quieting down, you can feel their bodies relax," says volunteer Catherine Minahan, corporate relations manager at Boston Health Care for the Homeless Program. “After about 25 minutes, you have a baby who is sound asleep. It's the best feeling." The cuddling gig is so popular, there are 200 people on the waiting list, which is now closed.

The CALM program has been a critical piece in the evolution of how newborns with NAS are cared for at BMC, and these changes have yielded dramatic results. 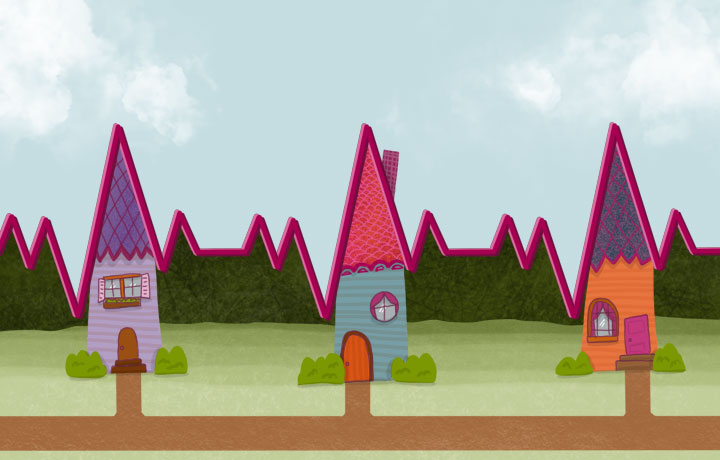 As visits shrink, follow these strategies to make the most of each minute