He assembled a team that included his primary care physician and oncologist. His primary care physician recommended an online patient community that gave him insights to discuss with his care team. And after pressure-testing a physician's recommendation with people who had first-hand experience, he agreed to a high-risk, high-reward immunotherapy that he credits with keeping him alive.

Today deBronkart is cancer-free — and an evangelist for a new kind of doctor-patient relationship. Known across the internet as “e-Patient Dave," he encourages patients to be “empowered, engaged, equipped, enabled," taking a more active role in their own care.

“We are beginning an era where we rethink the mental model" of healthcare, he says. “What is this thing called 'patient,' and what is it capable of and not capable of?"

As healthcare leaders face mixed outcomes and an uncertain financial future, many are rethinking the role of the patient in care decisions and treatment plans. athenahealth's research into high-performing medical organizations finds that practices that excel in quality and financial measures are often deliberate about enabling patients with access, information, and the technological tools to help care for themselves.

That principle, researchers says, applies to catastrophic illnesses and the chronic diseases that contribute to rising healthcare costs.

But it requires a rethinking of the dynamics of healthcare, deBronkart says.

“The traditional view is that the patient is the person who comes to a doctor because they don't know what's going on and they don't know what to do," he says. “Now we have individual patients who sometimes just don't fit the overall model. The challenge is to fit the new evidence into a revised model of how to practice."

DeBronkart's story began during a routine physical. His primary care physician spotted a shadow in his lung during a shoulder X-ray. Follow-up exams found multiple metastases throughout his body, prompting his oncologist to recommend high-dose interleukin-2, a therapy with a track record at the time of working spectacularly well — or, more often, not at all. Sometimes, the treatment itself could lead to a patient's death.

It was a difficult choice. So deBronkart's primary care physician, Danny Sands, M.D., recommended that deBronkart reach out to the Association of Cancer Online Resources. This community of renal cell carcinoma patients shared their experiences with the disease — and their knowledge about treatment in an area where, Sands says, the literature was “10 years out of date."

“Because of the internet, we can get our hands on information that we couldn't 30 years ago," deBronkart says. “My oncologist said he is not sure I could have survived if I hadn't had access to all this information I got from other patients."

Now, deBronkart and Sands are members of the Founders Circle of the Society for Participatory Medicine, which encourages patients to build networks and “shift from being mere passengers to responsible drivers of their health" — and urges providers to treat patients as “full partners."

A major goal of the group, deBronkart says, is to raise awareness of the “burden of treatment." Physicians are trained to treat disease, he notes, but they're not always primed to help patients manage the responsibilities and challenges of complex treatment plans.

Both Sands and DeBronkart say greater communication and cooperation can bridge the gap.

DeBronkart notes that the web, used right, can be a means of patient access to healthcare information. "None of this is an overthrow of the physician's role as an expert," he says. But “Google is infinitely more available than my doctor is."

Indeed, Sands encourages patients to practice "smart Googling:" learning how to find the gold nuggets of information amid the “garbage" that can be found on the internet. He thinks physicians should recommend sites for patients to search, and patients should discuss the fruits of web searches with their clinicians.

DeBronkart is also a fierce advocate of patients obtaining — and correcting — their own medical records.

“It's truly transformative for patients to have full access to every bit of their medical data," he says. “If you shut that off, it clearly decreases their ability to do anything based on that information."

DeBronkart acknowledges that not all patients crave empowerment, or relish an active role in treatment decisions.

That's why Sands says it's important for clinicians to extend their communication skills: moving beyond top-down recommendations, reading body language, allowing patients to talk without “shutting them down," and encouraging second opinions.

“When we think about healthcare this way, it allows us to take better care of the patient and lower costs," Sands says.

Jerry Berger is a writer based in Boston. Photo of Dave DeBronkart with his doctor, Danny Sands, M.D., courtesy of DeBronkart.

At this specialty group, patient surveys are a part of the workflow 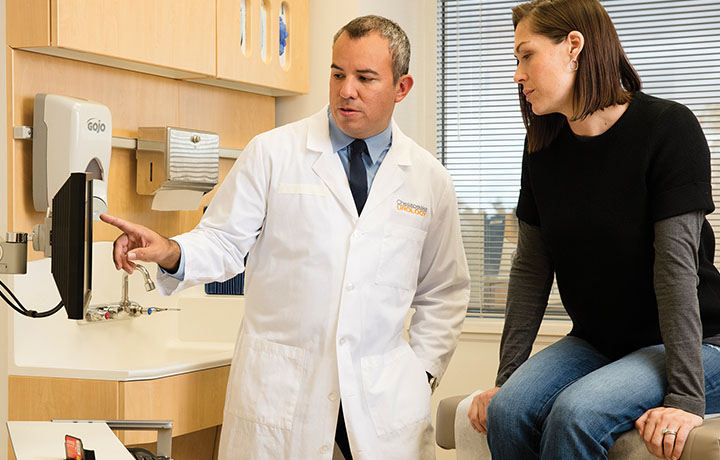 Marketing with patients in mind 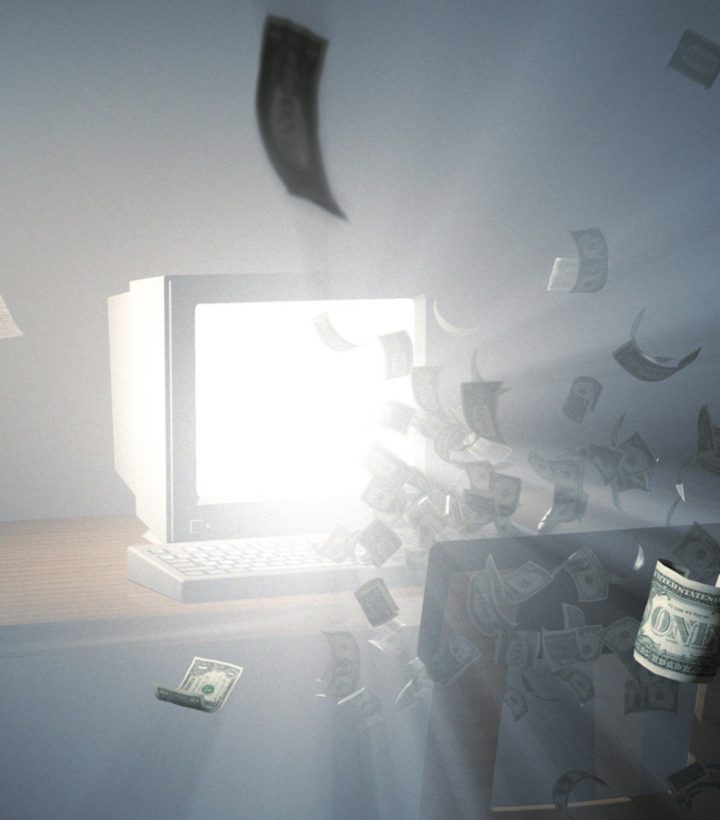 Patient portals do more than engage patients; they can also drive financial growth